Club Chairman, Les Pace's Eastbridge layout is doing its farewell tour before it goes into retirement at the end of the year.

The layout has featured at the Great Central Railway Model Event and Northampton and District Model Railway Club's own annual exhibition.

Eastbridge will be making its final appearance at Kempston in Bedfordshire on November 3.

"I have enjoyed exhibiting the layout over the years," said Les. "But I feel it's now time to move onto other challenges." 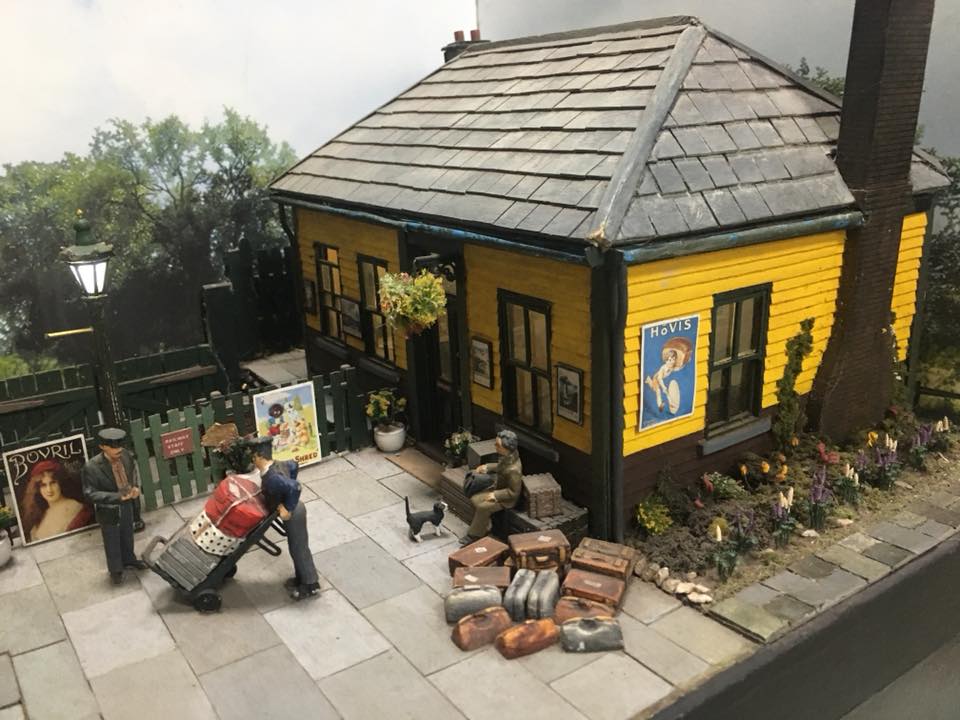 Eastbridge is based on an imaginary small London Midland Railway terminus, which would have been found somewhere in the West Midlands during the late 1940s just prior to Nationalisation.

It is possibly a holiday or market day, as these stations were rarely as busy as this one appears to be.

LMS locos and stock are mainly used on the layout with other regions stock making up the numbers.

The locos are all brass kits mainly from Mercian models and the stock is mainly Parkside-Dundas and Slaters with some brass kits of the more unusual types of goods wagons. The coaches are Slaters plastic kits and all the layout’s stock uses Spratt and Winkle auto couplings. All the locos have recently been fitted with DCC sound, although the points are all still manually operated at present.

Eastbridge is constructed on three MDF boards 4 ft long x 1 ft wide that have a small timber frame beneath to protect the wiring looms. The boards are connected electrically by connecting blocks that join up automatically when the boards are pushed together, which saves on the wiring, and makes the layout very simple to put up and take down.

The inspiration for Eastbridge came from Les's good friend Chris.

"Chris showed me that it is possible to run 0 gauge on three 4ft x 1ft boards that do not take up too much room and are easy to set up, dismantle, and store.

"As most of the homes that are built now are a lot smaller than they used to be, this layout dispels the idea that you need a separate or large area available to run an O gauge layout," he said.

The layout, which Les built in 2008, will not be broken up, but will become his test track at home.