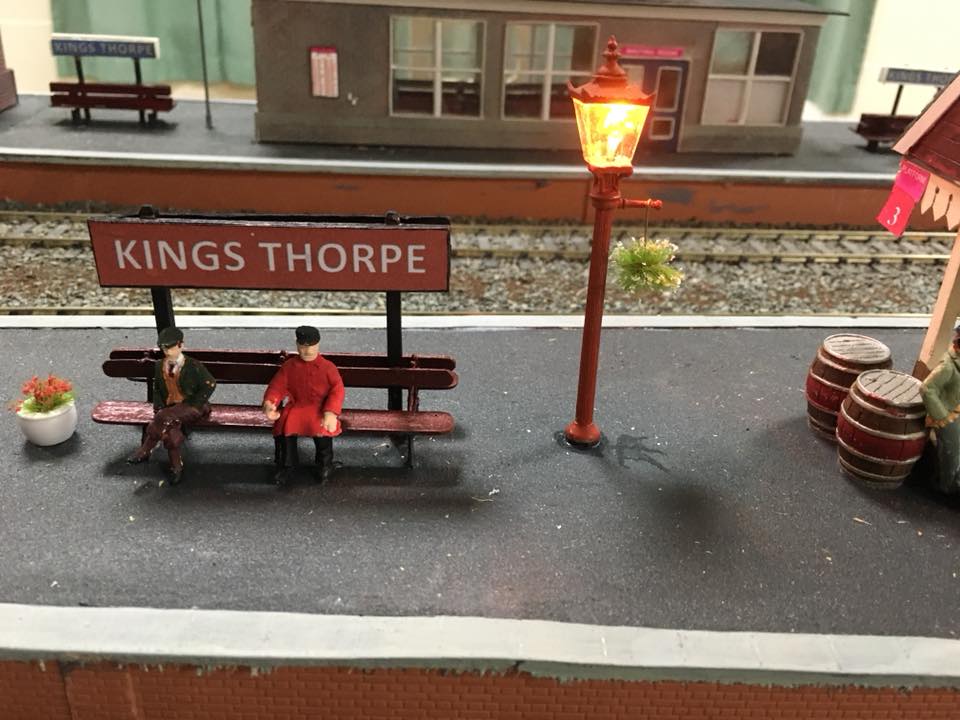 Our Kings Thorpe layout is an imaginary line named after the Kingsthorpe Community Centre in Northampton where it was first conceived and constructed.

This O gauge layout is based on an imaginary preserved line adjacent to a working railway in the blue diesel era of British Rail. This allows us to run many different types of locomotives and stock.